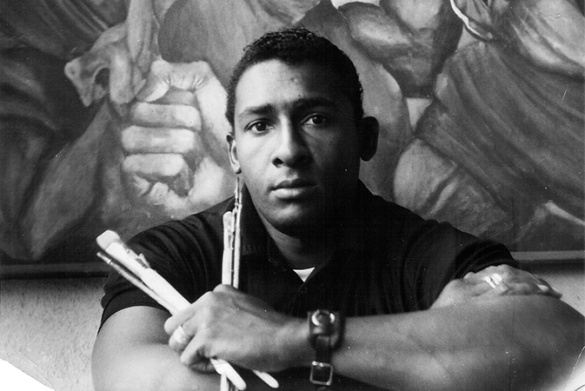 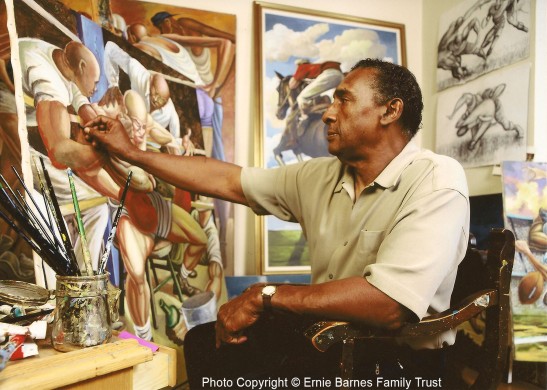 Ernie Barnes was well known for his art; particularly for his “Sugar Shack” painting. Created in the early 1970’s, it didn’t receive national or international exposure until the “Good Times” TV series began showcasing it at the end of each episode during the credits. It was also the cover to Marvin Gaye’s album, “I Want You”. The version on the cover is slightly different, as it was augmented in 1976 specifically for the album. Barnes changed the painting by adding banners to promote the album’s singles.

His work appeared on other artist’s album covers as well, including Curtis Mayfield, The Crusader’s and B.B. King.

His paintings featured exaggerated and elongated figures and nearly all of them with their eyes closed. Barnes believed, “We are blind to each other’s humanity”.

Barnes framed his paintings with distressed wood in honor of his father. Shortly before his first solo art exhibit in 1966, he noticed the usually well-kept white fence at the family house had gone shabby since his father’s illness. A few days later his father passed away. Barnes explains, “I had placed a painting against the fence and stood away and had a look. I was startled at the marriage between the old wood fence and the painting. It was perfect. In tribute, Daddy’s fence would hug all my paintings in a prestigious New York gallery. That would have made him smile.”

His artwork is featured in the 2016 movie Southside With You (about Barack and Michelle Obama’s first date).

See some of his work below (click on images for a larger view): 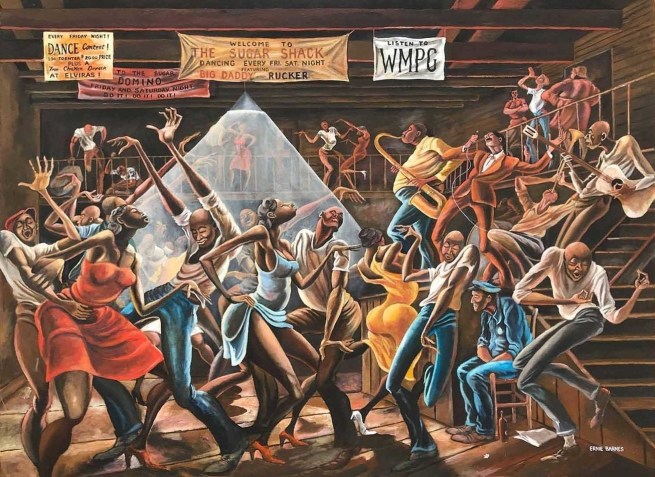 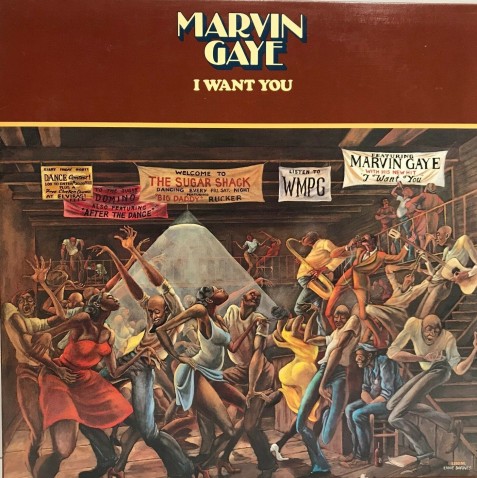 Marvin Gaye’s allbum, I Want You 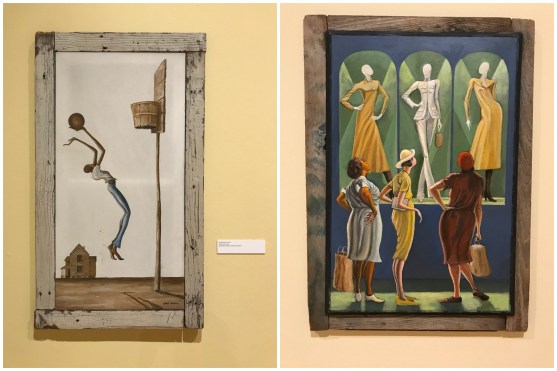 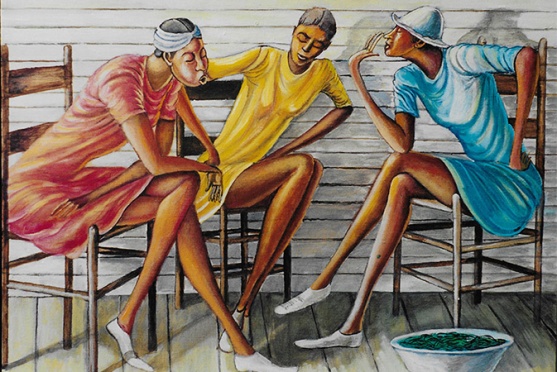 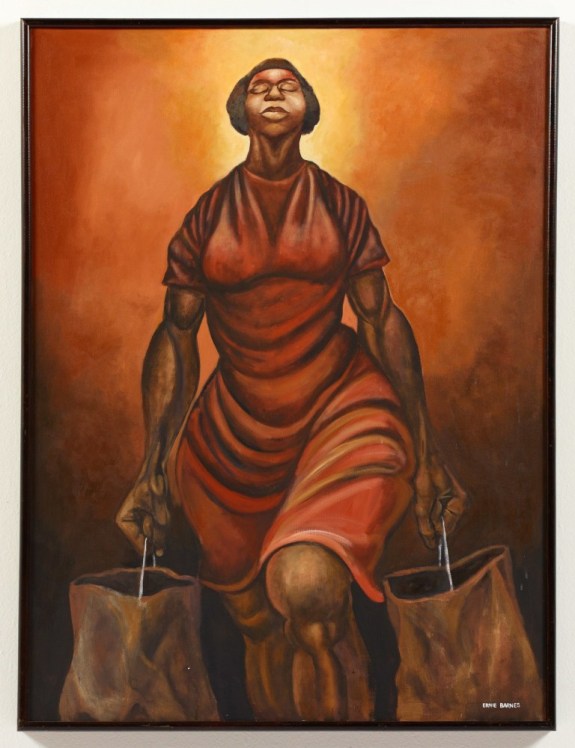 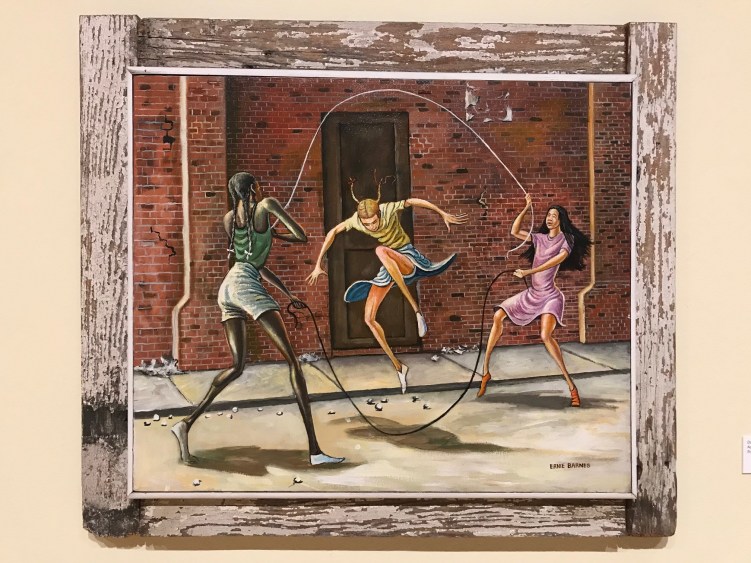 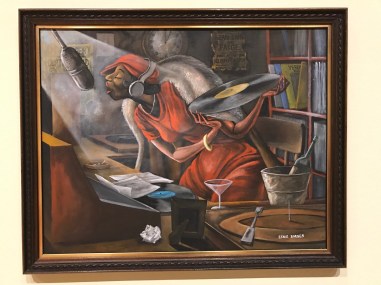 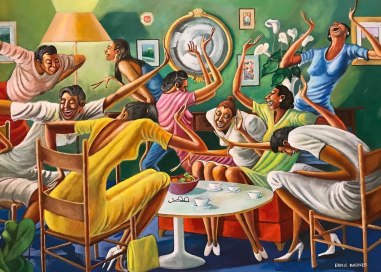 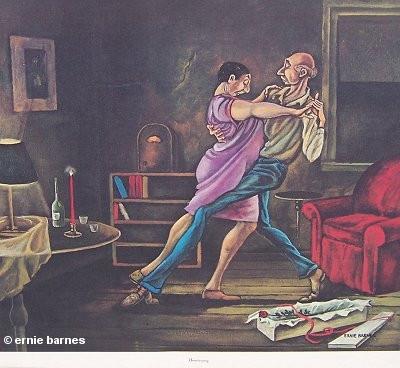 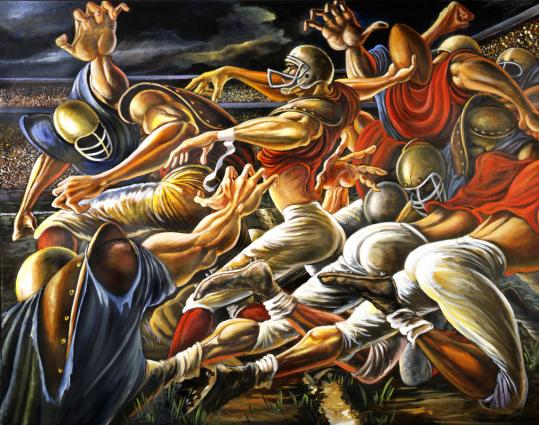