I love this poem. It was given to me by a good friend. A friend of hers gave it to her. The woman (my friend’s friend) had received it in the mail. It came from her 80+ year old father. He had written it after… ‘that day’. 4/21.  She said she didn’t even know he listened to Prince. He listens to Bach and such. She wasn’t a crazed Prince fan either (although of course she was very sad about his death like so many others). Her father just felt the need to write the poem for Prince. And mail it to her. He wrote, “For the Artist Formally Known As Prince” at the end. Prince touched so many people.

They burst on the stage

And then gently shed

And drift into deep purple pools

When jacarandas bloom they rock the room

But now know why

they shed such royal beds

to make their noble tears

Their canopies fit for a Prince 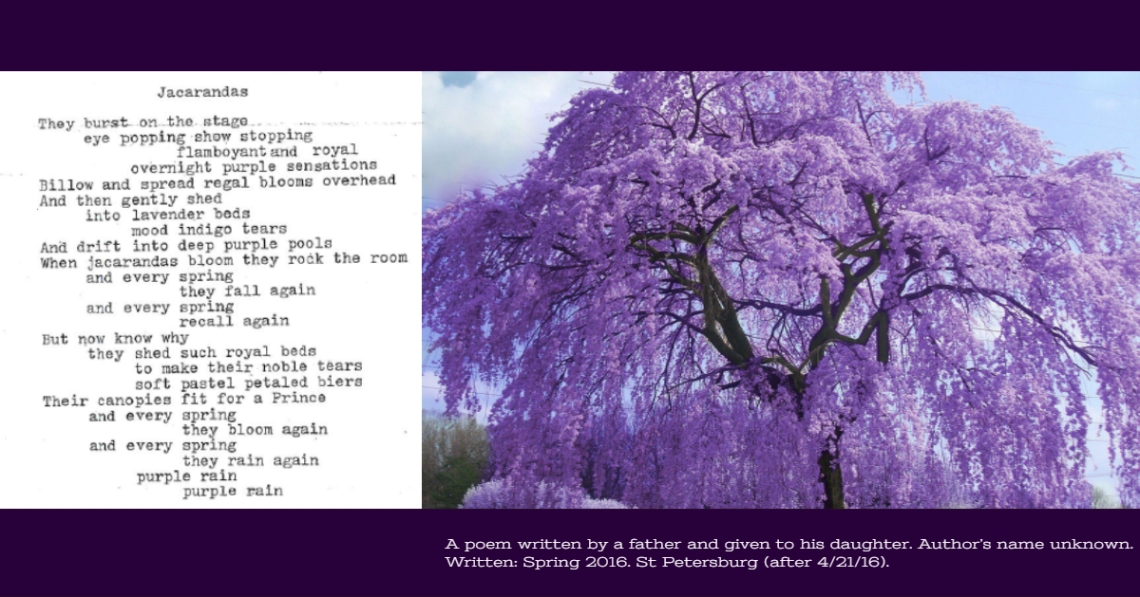